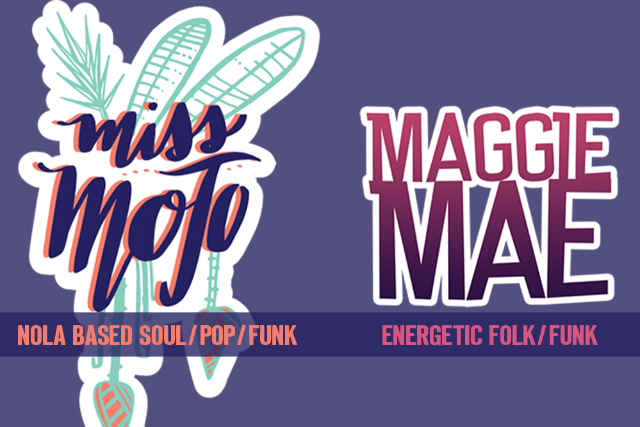 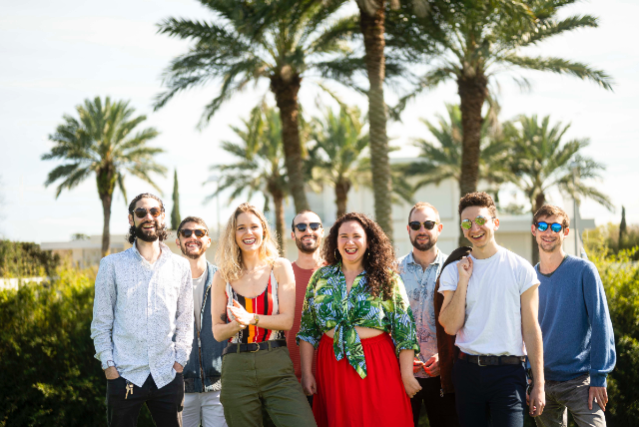 Miss Mojo is a soul-pop band based in New Orleans, LA that strives to move audiences through its powerful songwriting and high-energy live performances.  The band's creative strength draws from contemporary neo-soul and New Orleans' extensive funk tradition, producing original music where soul and pop flawlessly coexist.  Years of playing in New Orleans' vibrant party scene simultaneously helped sculpt Miss Mojo's memorable performance style, which excites audiences and celebrates the band members' passion for making music together.  With two strong frontwomen serving as the voice of the band, Miss Mojo also uses its platform to highlight the power of women in music.

Miss Mojo released its debut EP, Up & Personal, in January 2017.  The group is slated to release its first full length album, Love in Time, in June 2018.  Having shared the stage with some of New Orleans' most prolific artists, such as Rebirth Brass Band, Big Sam's Funky Nation, Dumpstaphunk, and many more, Miss Mojo now hopes to bring its energy and music to venues and audiences across the country.

Maggie Mae is a singer-songwriter based in Philadelphia who fronts an exciting and energetic Folk/Funk group under the same name. She pulls inspiration from the music she grew up on and the strong musical foundation her family built, along with the ever-evolving world of music around her to carve out a sound all her own. Combining genuine, heartfelt lyrics with catchy, cutting guitar riffs, her songs can either touch your soul or make you want to get up and dance.  She has been described as “poppy, polished, talented, & promising,” by XPN’s The Key’s John Vettese.

Maggie has managed to round up a talented, ever-rotating cast of characters to support her over the years featuring some of Philly’s most talented musicians. Every time they hit the stage, the band brings an impressively varied set of skills and an undeniable energy to their performance. Maggie Mae has shared bills with both local and national acts including Soulive, The Heavy Pets, Dawg Yawp, Lohai, Lee Rocker of the Stray Cats, Sonni Shine, Taylor Kelly, and more at many of Philly and New Jersey’s premiere music venues.
Maggie Mae released her debut single "Can You Hear Me Now?" featuring Jake Leschinsky of Philadelphia's favorite funk band, Swift Technique, on bass in November of 2018. The band made their debut appearance at World Cafe Live on December 20th, 2018 with friends Taylor Kelly & Erik Kramer filling the bill in celebration. You can listen to "CYHMN" on Spotify and iTunes.
Currently, the band is working on getting into the studio to create their very first EP to be released early 2021. Be sure to keep an eye out for this up-and-coming band and stay informed on their debut EP!
READ MORE +
Instagram requires authorization to view a user profile. Use autorized account in widget settings