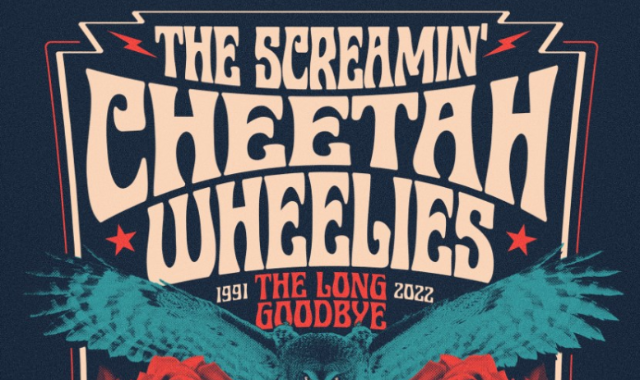 This cruise is aboard THE LIBERTY BELLE and will depart from Pier 36 - 299 South Street. We will be boarding at 7pm and departing at 8pm. We return to the dock by 10pm. We are not able to allow refunds if you miss the boat. So don't be late - it sure ain't pretty to be standin on the dock, watching the party sailing away! There are cash bars on board so make sure to swing by the ATM on your way to the boat. There will be food available for purchase. Including vegan treats! All cruises are 3 hours unless otherwise noted. If you have any questions about the show or your purchase, please contact Sancho Dominguez at sancho@rocksoff.com or check out our FAQ page on www.rocksoff.com Please note that all shows are 21 and over and ID will be required upon boarding the boat *RAIN OR SHINE!*

The VIP EARLY entry will begin at 6pm and will include a short performance, a live QnA with the band, and a meet and greet. VIP entry holders will also have the first chance to buy a limited edition boat show poster. The guys might even sign it if you ask them nicely 😉

A Nashville, Tennessee Rock 'n' Roll band that embraces a southern boogie style which has led to comparisons with groups like Lynyrd Skynyrd, The Allman Brothers Band, The Black Crowes, Collective Soul, & Cry of Love. Formed in the early '90s the band played at a local blues club near Vanderbilt University before being discovered by Atlantic Records in 1993.

Members, Mike Farris (vocals), Rick White (guitar), Bob Watkins (guitar), Steve Burgess (bass) and Terry Thomas (drums) released their self-titled debut album in 1994. The album was recorded at Ardent Studios in Memphis, Tennessee and produced by Paul Ebersold."The Screamin' Cheetah Wheelies" was an album that "played like a gateway between guitar hero classic rock and hippie jam band grooves, often combining both within the confines of a single track." And their single "Shakin' the Blues" made the album-rock Top Ten.

1996 saw the release of "Magnolia", with varied musical styles ranging from the eponymous title track, a slow-burn build-up rock and roll epic, to "Gypsy Lullaby", a delicate ode featuring Farris' blistering vocals at their best. "Big Wheel", released in 1998, contained "Standing In The Sun" and "Boogie King", a rollick as at home in the mosh pit as it is cruising the local drag. In addition, "Boogie King" was featured on the soundtrack of the movie "Bride of Chuckie". Also, "Right Place, Wrong Time" was featured on "The Malcom in the Middle" episode "Home Alone 4", then went on to be on the "Songs from Malcolm in the Middle", the soundtrack to the television series, Malcolm in the Middle, released on November 21, 2000.