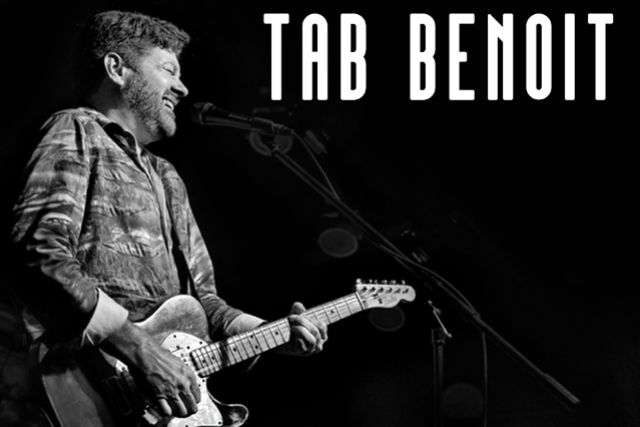 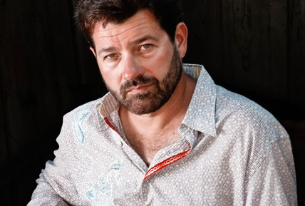 Guitarist, singer, and songwriter Tab Benoit makes his home near New Orleans in Houma, Louisiana. Born November 17, 1967, he's one of a handful of bright rising stars on the modern blues scene. For most of the 1990s and into the 2000s, he's worked each of his records the old-fashioned way, by playing anywhere and everywhere he and his band can play. Unlike so many others before him, Benoit understands that blues is not a medium in favor with 50,000-watt commercial rock radio stations, so as a consequence, he's combined each of his releases with as many shows as he can possibly play. Since the release of his first album for Justice, Benoit has taken his brand of Cajun-influenced blues all over the U.S., Canada, and Europe. Nice and Warm, his debut album for Houston-based Justice Records, prompted some critics to say he was sometimes reminiscent of three blues guitar gods: Albert King, Albert Collins, and Jimi Hendrix.

Although the hard-working, modest guitarist scoffs at those comparisons, and doesn't think he sounds like them (and doesn't try to sound like them, either), Benoit doesn't appear to be one who's easily led into playing rock & roll instead of his down-home blend of swamp blues and East Texas guitar-driven blues. Talk to Benoit at one of his shows, and he'll tell you about his desire to "stay the course" and not water down his blues by playing items that could be interpreted as "alternative" rock. Despite the screaming guitar licks he coaxes from his Telecaster and his powerful songwriting and singing abilities, Benoit's laid-back, down-to-earth personality off-stage is the exact opposite of his live shows.

Benoit's releases include Nice and Warm (1992), What I Live For (1994), Standing on the Bank (1995), and Live: Swampland Jam (1997), all recorded for Vanguard. Benoit then moved over to the Telarc label for These Blues Are All Mine (1999), Whiskey Store (2002, with Jimmy Thackery), Wetlands (2002), and The Sea Saint Sessions (2003). In 2004, Benoit released Whiskey Store Live, recorded with Thackery on the support tour for Whiskey Store. Fever for the Bayou was released on the Telarc label in 2005, a year that also also saw Voice of the Wetlands come out on Rykodisc. Another album from Telarc, Brother to the Blues, appeared in 2006. Power of the Pontchartrain and Night Train to Nashville followed in 2007 and 2008, respectively, while 2011 saw the release of Medicine, which featured seven songs co-written by Benoit and Anders Osborne among its 11 tracks. Considering that many of Benoit's records have surpassed the 50,000 mark, he seems well on his way to a career that could rival the kind of popularity the late Stevie Ray Vaughan enjoyed in the late '80s. ~ Richard Skelly & Al Campbell, Rovi

No images found!
Try some other hashtag or username